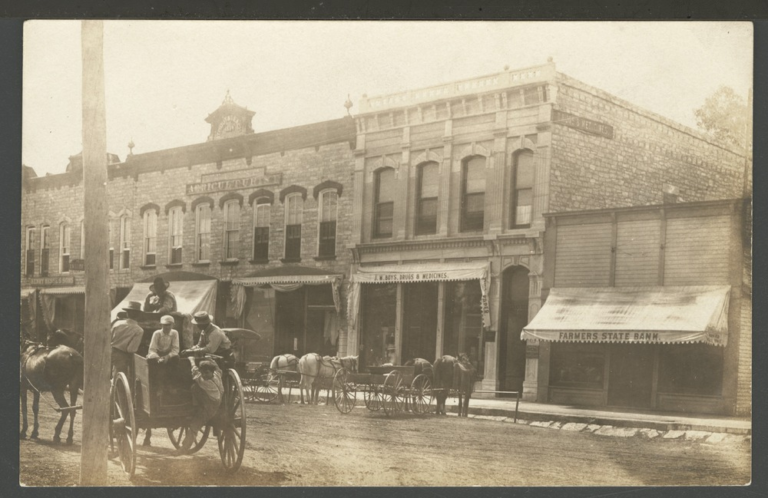 The dream of the Wamego Public Library was started in 1937 by a group of civic-minded women with donations and aid from the Works Progress Administration funds, a federally-funded employment program. There were periods when the federal money did not come through so this group of women served dinners, sponsored tag-days, shows and other things to help raise money to keep the library going.
When federal funds were definitely withdrawn, a petition was circulated by these women. It was presented to the City Council and a special election was called for the purpose of making it a City project. The election carried and so in May of 1942 the Wamego Public Library became an assured institution.

In the beginning, the library room was over the First National Bank. About 1939 it was moved to 414 Lincoln.The building at 408 Elm was completed in 1957 and remodeled and enlarged in 1975. In August of 1999, the directors of the Kaw Valley State Bank offered their building at 5th and Lincoln to the city to be used for a new library. After nearly three years of fundraising, the library opened at it’s a current location during the summer of 2002. The new building changed the library’s size from 5,000 to over 7,000 square feet. Along with the added space for books, the library has 6 internet access computers, a children’s room with two computers designated for children’s use only, a young adult space with four computers and a gaming area for middle and high school students and two public meeting spaces.